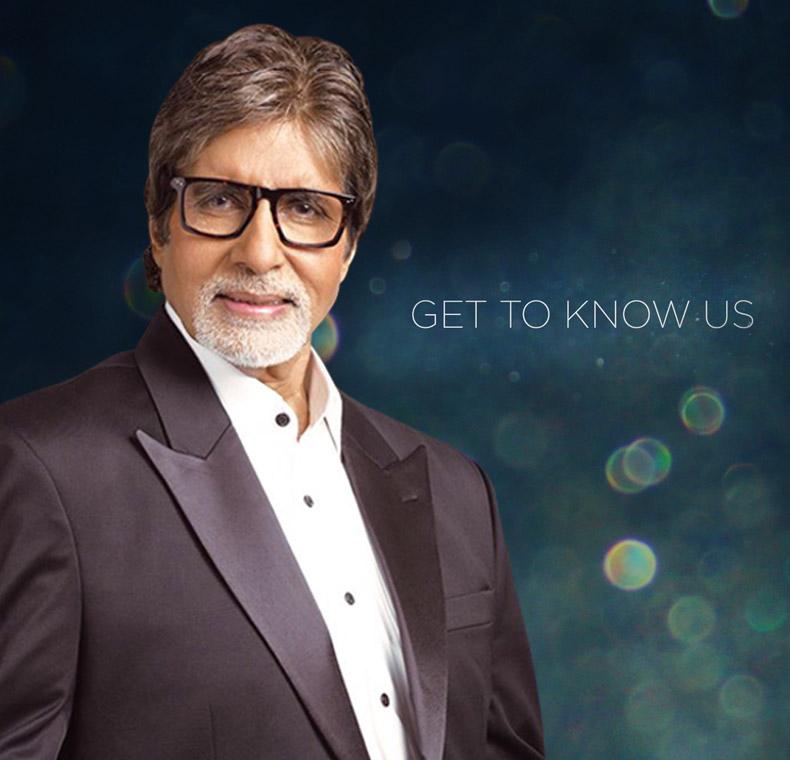 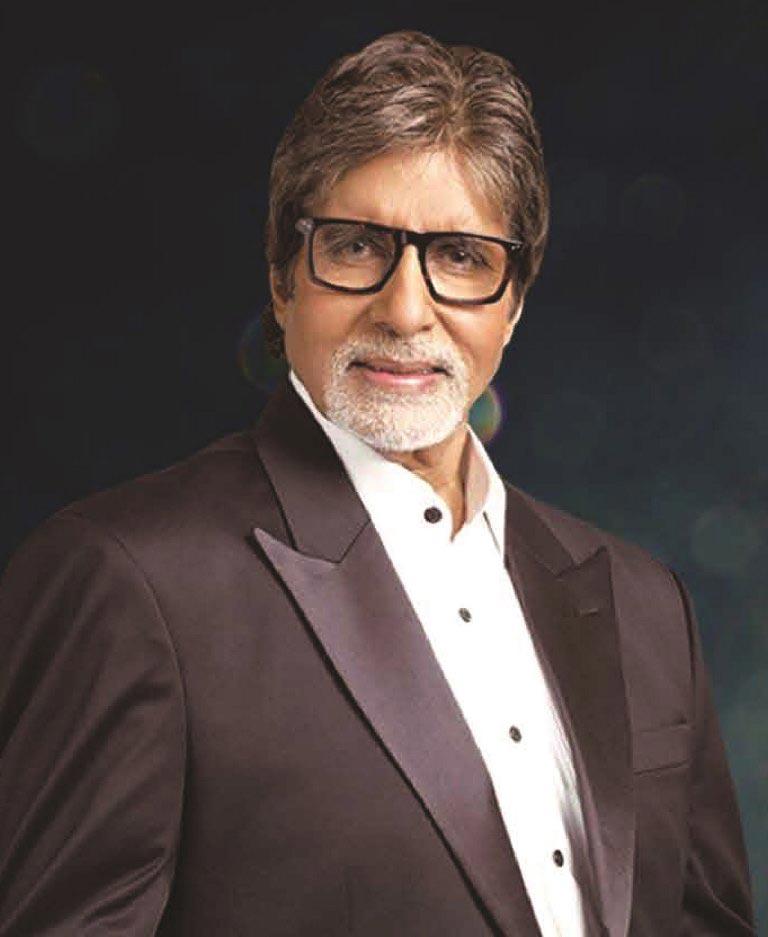 With a career spanning more than five decades, National Award winning actor Amitabh Bachchan is one of the pioneers of Indian Cinema. Son of the renowned poet Sri Harivansh Rai Bachchan, Amitabh Bachchan has won several accolades for his contribution to the arts including the Padma Shri, Padma Bhushan and Padma Vibhushan.

Mr. Bachchan is widely recognised as one of the most influential actors of the Indian Film Industry with over 190 films. Apart from his prolific work in the entertainment industry, he has also been a part of several humanitarian causes and activities over the years.

Mr. Bachchan’s influence spreads far beyond the border of India, winning the hearts of many across the globe. In 2013, he made an appearance in the Hollywood film Baz Luhrmann’s The Great Gatsby. In 2007, the Government of France bestowed him with the highest civilian honour, the Knight of the Legion of Honour, for all his contributions towards cinema and beyond.

2007 - France’s highest civilian honour, the “Knight of the Legion of Honour”

2011 - For his contribution to the entertainment world, an Honorary Doctorate by the Queensland University of Technology in Brisbane

2011 - “Abhinaya Chakravarthy” Award given by the President of India

2013 - For his outstanding contribution to Indian Cinema, an Honorary Doctorate by the Jodhpur National University

2013 - For his contribution towards 100 years of Indian Cinema, the President of India ‘Medallion of Honour’

One of the finest actresses in India today, Mrs Jaya Baduri Bachchan has dedicated her life towards cinema, her family and society.

Starting her acting career at a very young age, she went on to star in some of the most prominent hits of Indian cinema such as Zanjeer, Abhimaan, Chupke Chupke, Sholay and Silsila, with her husband, Amitabh Bachchan.

Mrs. Bachchan is currently in her third term as a Rajya Sabha M.P, completing an incredibly long stint in public service. She was awarded the Padma Shri in 1993 for her spectacular acting and honoured with the Filmfare Lifetime Achievement Award in 2007. 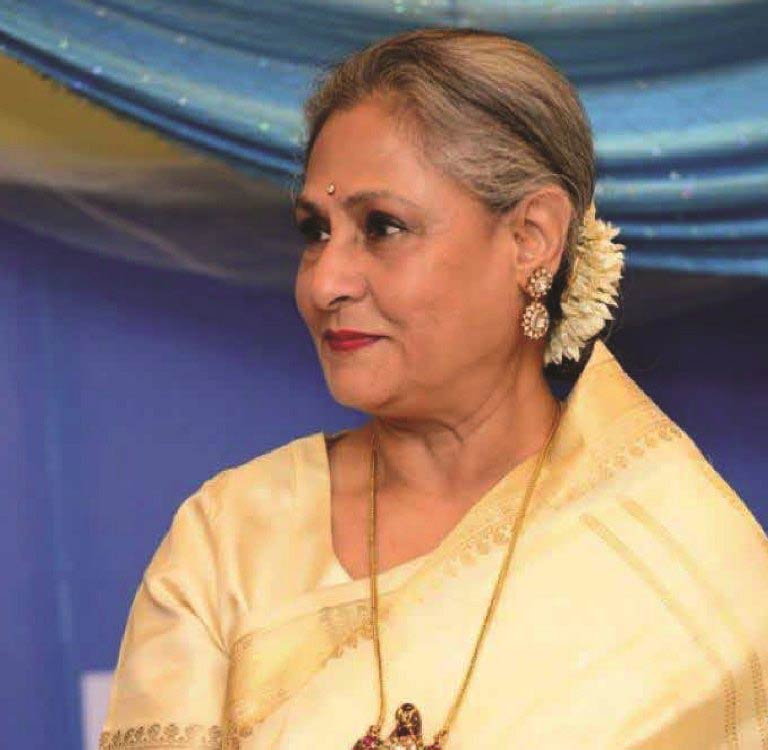 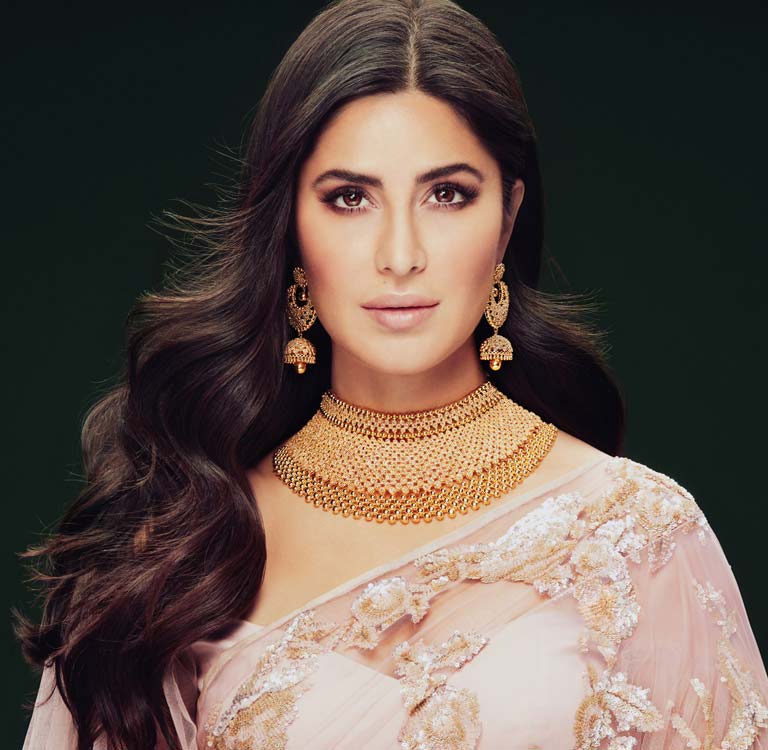 Katrina Kaif is one of the most commercially successful actresses in Bollywood today. Her debut in ‘Boom’ (2003) put Katrina Kaif in the public eye and launched her on a successful modelling career. She overcame a poor command of Hindi to break into the big time in Bollywood. An appearance in a Telugu film ‘Malliswari’ in 2004 was followed by a series of big budget Hindi films opposite the top rung of Bollywood heroes starting from ‘Maine Pyar Kyun Kiya’ (2005) with Salman Khan and ‘Namastey London’ (2007) with Akshay Kumar. A series of box-office hits followed including ‘Singh is Kinng’, ‘Ajab Prem Ki Ghazab Kahani’, ‘Zindagi Na Milegi Dobara’, ‘Meri Brother Ki Dulhan’, ‘Welcome’, ‘Ek Tha Tiger’, ‘Dhoom 3’, ‘Jagga Jasoos’ and many others culminating in the 2017 blockbuster ‘Tiger Zinda Hai’.

Believing in giving back to society, Katrina works with Relief Projects India, a charitable trust run by her mother which rescues abandoned baby girls and works to prevent female infanticide. She has also performed in various charity shows to raise funds for various social causes.

In 2013, Katrina was ranked ninth on Forbes' list of India's best-known entertainers. In 2015, she became the eighth Bollywood actor to have a wax figure installed at Madame Tussauds in London. Katrina has also appeared on Verve's list of most powerful women and the Indian edition of People has described her as "India's Most Beautiful Woman".

Her performances in ‘New York’ (2009) and ‘Mere Brother Ki Dulhan’ (2011) earned her nominations for the Filmfare Award for Best Actress. She has won numerous awards at the Stardust Awards, Zee Cine Awards, Star Guild Awards, IIFA Awards and the Big Star Entertainment Awards.

Fondly called Ilaya Thilagam by his fans, Prabhu Ganesan is a highly admired figure in Tamil film. He is the son of revered actor Shivaji Ganesan.

Prabhu has been a prominent part of the South Indian Cinema industry for over three decades. He is a multi-lingual star, having worked in all four South Indian languages throughout his career. Prabhu’s movie, Chinna Thambi, is one of the biggest hits in Tamil history. For this performance, he received a best actor award from the Tamil Nadu state government. 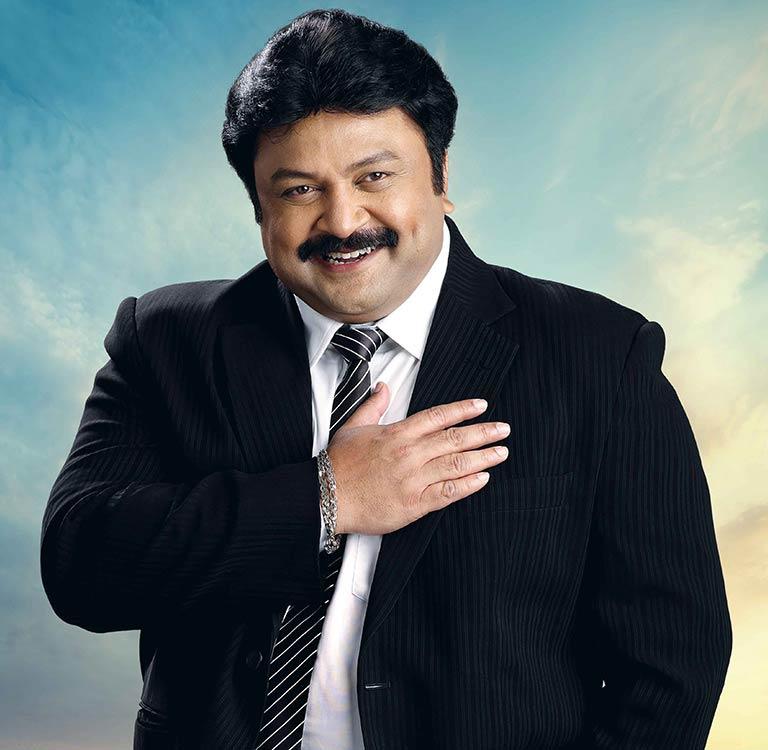 2013 - SIIMA SRI Award for an actor with a social conscience 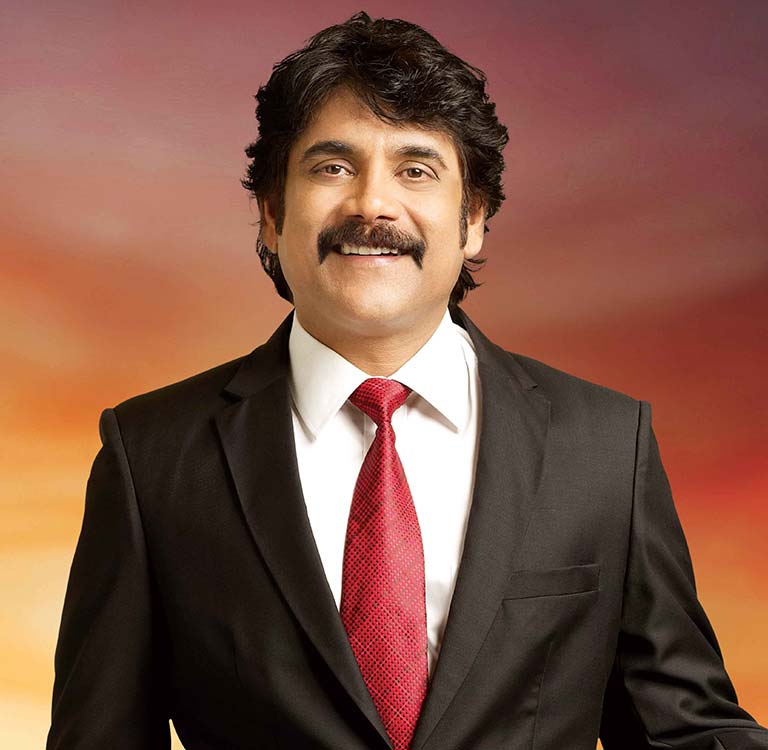 One of the most respected actors and producers of Telugu Cinema, Akkineni Nagarjuna has been a part of over 90 films in the industry during a career spanning over three decades.

Son of prominent Telugu Actor Akkineni Nageswara Rao, Nagarjuna is a highly influential figure in South Indian cinema. On the humanitarian front, he is the co-founder of Blue Cross of Hyderabad, an NGO that works towards animal welfare, and is an active campaigner of several AIDS awareness programmes.

1996 - France’s highest civilian honour, the “Knight of the Legion of Honour”

Shiva Rajkumar is a veteran actor in the Kannada film industry. He is the son of revered actor Rajkumar and has starred in more than 125 films spanning over three decades.

Shiva has set several milestones in Kannada Cinema. His first three films achieved significant box office success, giving him the title of "Hat-trick Hero". Throughout his career, he has received four Filmfare South awards and four Karnataka State Awards. In 2014, Vijayanagara Sri Krishnadevaraya University endowed him with an honorary doctorate.

Shiva has been a part of several social causes and often lends his name to charitable activities. 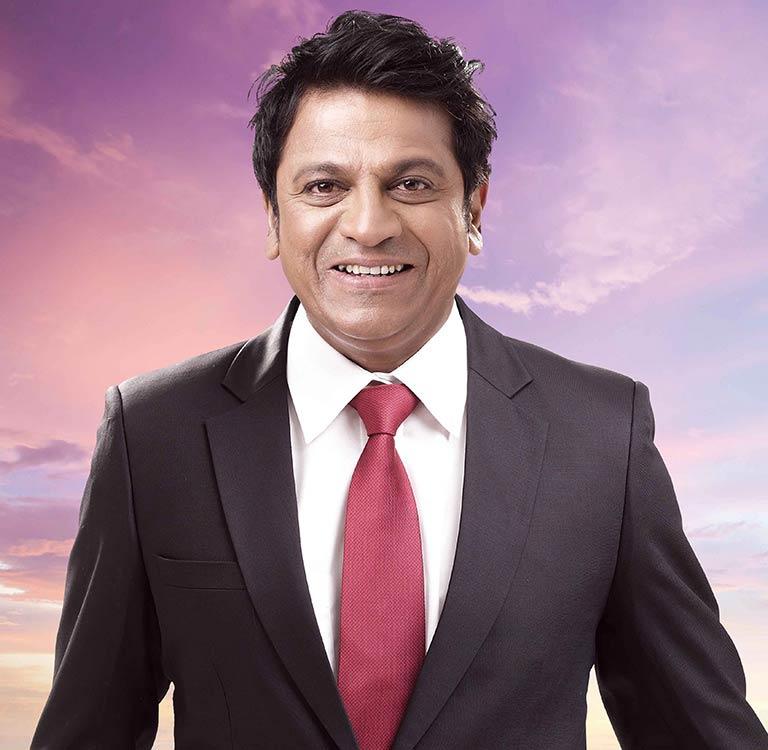 Malayalam cinema’s first female superstar, Manju Warrier is one of the most accomplished actresses in the industry. She is often slated as the only female actress who could carry a movie on her shoulders and make it a major box-office success.

Apart from acting, she is widely renowned as an accomplished Bharatnatyam dancer. She partakes in several dance programs where she showcases this beautiful classical art form. Manju has won a record-breaking five Filmfare South Awards for Best Actress. She is involved in a variety of social programmes and awareness campaigns.

5 Filmfare Awards South, more than any other Malayalam actress

Wamiqa Gabbi, is an Indian film actress, who works in Hindi, Punjabi, Malayalam, Tamil and Telugu films. She made her hindi debut with lead role in Bollywood film “SIXTEEN” which released in the year 2013. This was followed by eminent roles in Punjabi films “Tu Mera 22 Main Tera 22” opposite Yo Yo Honey Singh and “Ishq Brandy”. After this, she did south films like ‘Maalai Nerathu Mayakkam’ (Tamil), ‘Bhale Manchi Roju’ (Telugu), ‘Godha’ and ‘Nine’ (Malayalam).

Her performances were very well received and appreciated by film critics. Wamiqa Gabbi became widely popular in Punjab after she was featured in the Punjabi song “Angrezi Wali Madam”. Also, her impactful performance in short film “Ishq Haazir Hai” opposite Diljit Dosanjh made her a household name.

Her most prominent roles were seen in the movies Sixteen, Maalai Nerathu Mayakkam, Godha, Dil Diyan Gallan and Nine.

The 25-year old actress has done over 15 films and is truly a youth icon and has a huge fan base across the country. Wamiqa has a following of around 1.1 Million on her official Instagram handle. She is a trained Kathak dancer was inclined towards acting at a very early age. At the age of 10, she featured as child artist in Punjabi TV Serial “Saude Dillan De”. 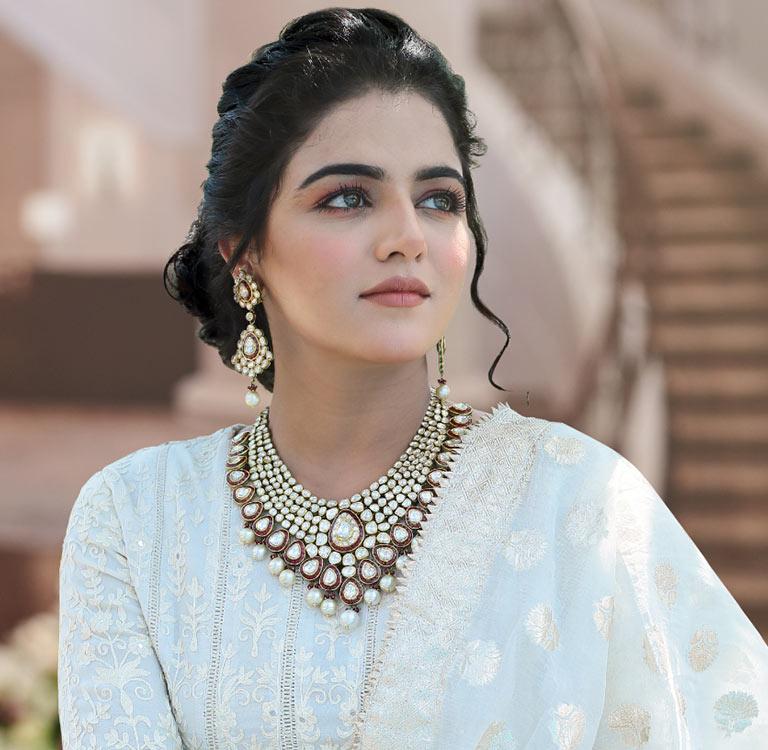 The actress has won numerous awards for her performances over the years. The actress’ 2019 releases include Nine (Malayalam), Nadhoo Khan and Dil Diyan Gallan (Punjabi) opposite Parmish Verma and Nikka Zaildar 3 opposite Ammy Virk. Her future projects include ’Galwakdi’ with Tersem Jassar, ‘Kaun Aa Yaar’ with Jassi Gill. 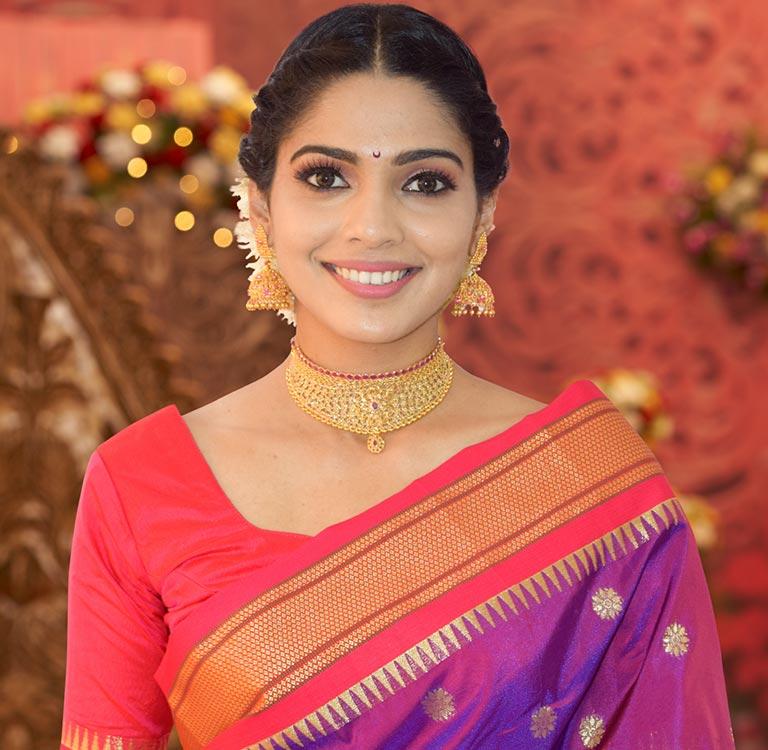 Pooja Sawant is an actress known for her work in Marathi cinema and television. The 29-year old actress recently made her Bollywood debut starring alongside Vidyut Jammwal in Hindi action adventure thriller Junglee, directed by Chuck Russell.

The actress kickstarted her career in Marathi entertainment industry 10 years ago. She made her debut in the Marathi film Kshanbhar Vishranti in 2010. This was followed by Zhakaas in 2011 which was very well received by the audience. However, she came into the spotlight by playing the role of “Jenny” in the multi-starrer Marathi movie Satrangi Re which released in 2012.

In 2014, Pooja Sawant featured in blockbuster movie “Poshter Boyz” produced by Shreyas Talpade. The film was so successful and entertaining that it went on to be adapted with a Bollywood version featuring Sunny Deol, Bobby Deol and Shreyas Talpade in lead roles. The Marathi actress is also well known for her impactful performances in movies like Marathi action drama Daagdi Chaawl in 2015, and the horror comedy film Cheater in 2016.

Pooja Sawant also happens to be a fantastic dancer. Before her film debut, the actress has appearances in multiple dance reality shows such as Boogie Woogie, Eka Peksha Ek Jodich Mamla and Wajale ki Bara. These played an essential role in cementing her path to showbiz.

Ritabhari Chakraborty is a prominent name in the Indian television and film industry. She started her modelling career when she was still in high school. She made her first appearance in television after her 10th boards as the female protagonist of the popular Indian Bengali television show ‘Ogo Bodhu Sundari’ and there was no looking back! In 2011, she made her big screen debut. 3 years ago Ritabhari started producing content and made a music video called ‘Orrey Mon’ alongside Ayushmann Khurrana which has more than 20 million views on YouTube.

She continued acting and producing and made more content with actors like Kalki Koechlin, Parambrata Chatterjee, Anurag Kashyap, Rajat Kapoor and so on. She ventured into writing with the short film ‘Naked’ which she produced as well, was even nominated for Filmfare.

She was in the cast of Bollywood horror movie, ‘Pari’, which featured Anushka Sharma in the lead role.

In 2019, her production, SCUD also produced ‘Fool for Love’ with Anurag Kashyap, a short film featuring Ritabhari herself as the female protagonist, which has won many accolades for the mind blowing performances. 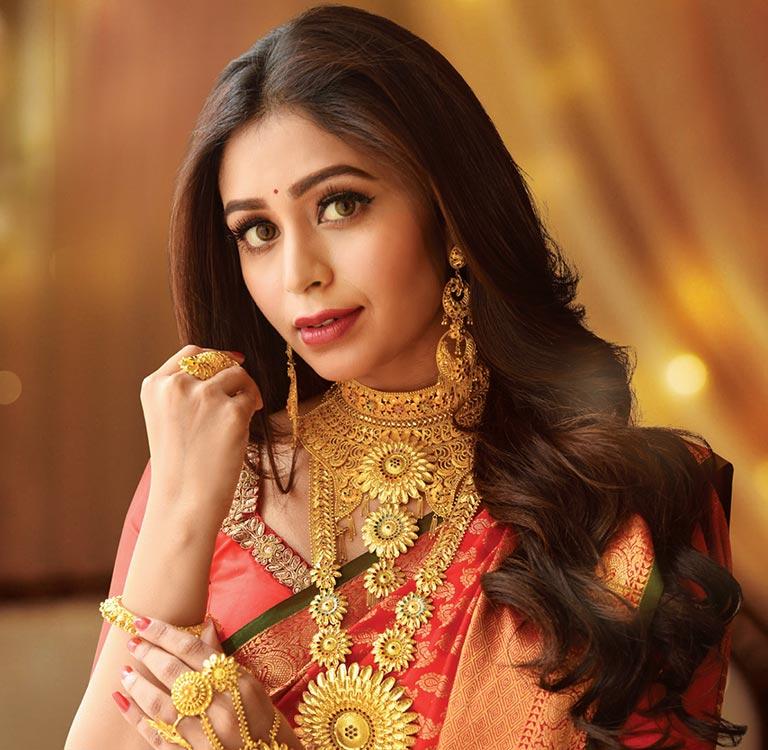 Besides acting, she also runs an NGO, ‘SCUD Society for Social Communication’, which aims at providing medical camp, cultural activity and training for economic empowerment of the under privileged people.

Ritabhari is a confident young woman and talented professional who has endorsed over 100+ Brands and had one of the highest following on Social media which got her in the list of most promising youth icons to use “Social media” for good by Facebook which was moderated by Global Icon Priyanka Chopra.

She is also the first Indian celebrity to do an International Travel Live show to promote the Facebook live feature by traveling from the Facebook headquarters in SanFrancisco to London and Switzerland.

From Josh Talk, Ink Talk to her recent Tedx talk she is not scared to voice her opinion or speak about her journey without any inhibition.

Her last release was ‘Shesh Theke Shuru’ with Bengali super star Jeet which has been a superhit and her performance has been praised by all.

Ritabhari will next portray the role of a woman priest in Brahma Janen Gopon Kommoti, releasing on 6th March,2020. It has already created a lot of buzz accross social media.